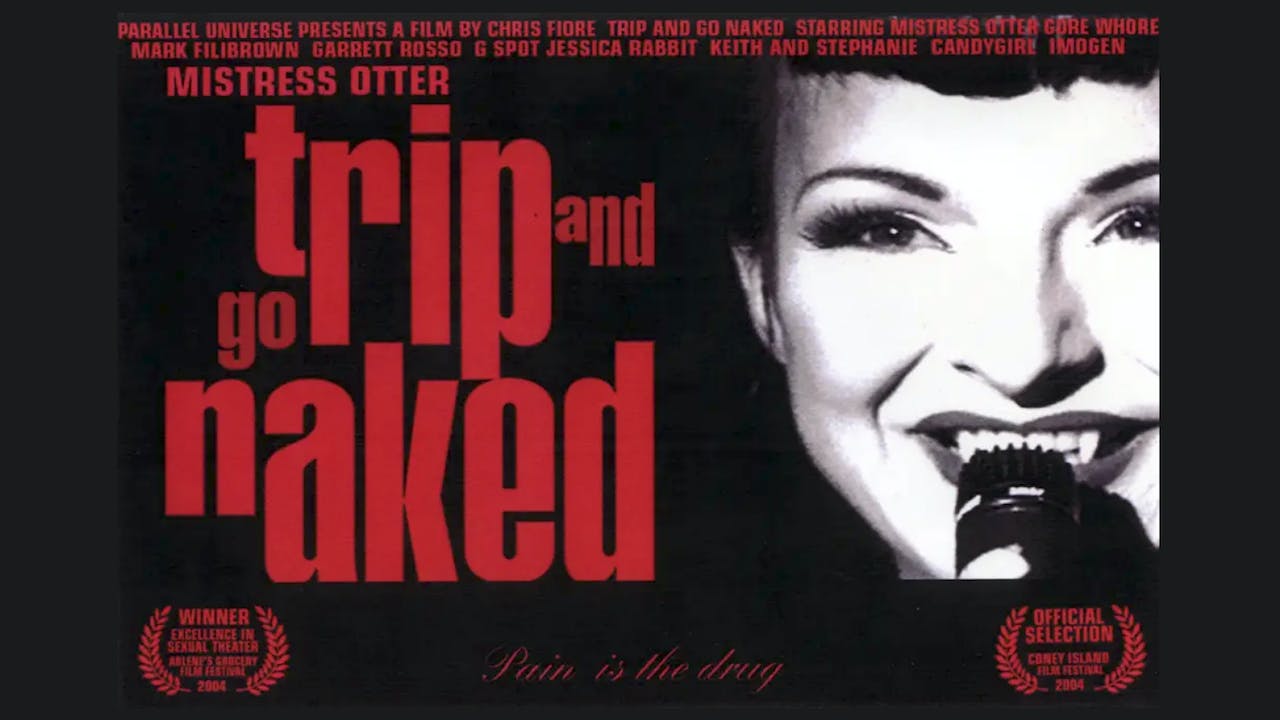 “Trip and Go Naked” is a feature documentary produced and directed by Chris Fiore, featuring the infamous Mistress Otter and her troupe of deviant performance artists, It was shot at New York’s Pyramid Club and won the 2004 Excellence in Sexual Theater Grocery at the independent Arlene’s Grocery Film Festival, and was also an Official Selection at the 2004 Coney Island Film Festival. Warning this is X-Rated! http://chirisfiore.com